An actor by profession, the stunning and charming Zac La Roc is also an assistant director who is said to be fun, loving, and cheerful. He is private regarding his personal life; therefore, there isn’t much information about the actor online.

We managed to gather some intel on his current affair that is said to be a rumor, but who knows? Zac has worked his best and been known for his many movies like Another Woman, Love & Skin. These were his massive hits.

The Love Interest: How True Are The Rumors?

Though the actor is very private about his personal life, there are rumors of him being in love with the gorgeous actress Rachel Bilson. She is the prettiest and has the most beautiful face that can melt the heart of anyone, and maybe it just did.

She has been a part of many great movies Hart of Dixie, where she played the character of Zoe Hart, The O.C. in which she played Summer Roberts, The Last Kiss, and Love Struck, sci-fi film Jumper in 2008 and was also seen in the famous series How I Met Your Mother as Cindy, roommate of the mother. 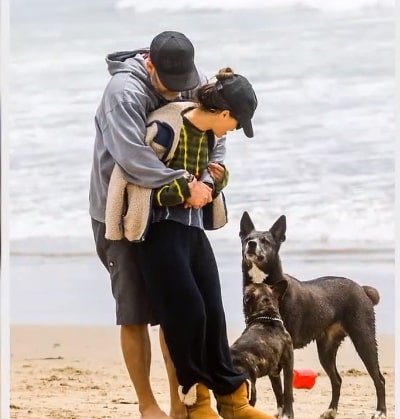 She is said to be a fashion junkie and says that she has a vintage sense of style. She has also created a brand named Edie Rose. Also, she collaborated with her personal stylist Nicole Chavez, a shoe industry leader Steve Madden, and launched Shoemint, which provides people with online customized shoe shopping experiences. In 2013 she also designed shirts for Invisible Children.

In May, the two sweethearts were spotted at the Malibu beach, not just walking and holding hands, but the actor hugging her from behind. They didn’t hesitate in their public display of affection and were showering one another with love.

The smile they both shared was so warm that it melted the hearts of their fans. Zac is said to be quite protective of Rachel, and we can truly see why. Though the couple hasn’t announced anything officially, the fans hope they do.

Last year In October, Zac and Rachel were also spotted taking the immersive Van Gough exhibition in Los Angeles together. The public appearances of these stars have raised hope in many hearts.