For many of us, The Karate Kid 1984 will always be the best out of all the films in the franchise. Decades later, we witnessed the rivalry between Daniel LaRusso and Johnny Lawrence in the form of a YouTube original series, Cobra Kai. Two seasons later, fans are delighted that Netflix has finally picked up the show and has renewed it for an exciting third season.

Cobra Kai follows the story of Daniel LaRusso and Johnny Lawrence thirty-four years after the events of the 1984 All Valley Karate Tournament. As Johnny tries to seek redemption by starting a brand new Cobra Kai dojo, Johnny does the same with Miyagi-Do. The show revolves around the events that occur as the lot fight amongst themselves as they try to establish one dojo’s superiority over the other.

Cobra Kai: The show so far:

The last season saw things go south as the rivalry between the two dojos got more intense, with a lot of personal issues at stake. In the final episode, we saw several new developments with the Hawk making very questionable decisions. The new season is causing a lot of excitement due to two major happenings in the final episode: Miguel’s injury from the fight with Robby and the students of Cobra Kai welcoming Kreese as their new sensei – leaving both Johnny and us in great shock. Another seemingly minor yet exciting new arc is Ali’s supposed return! 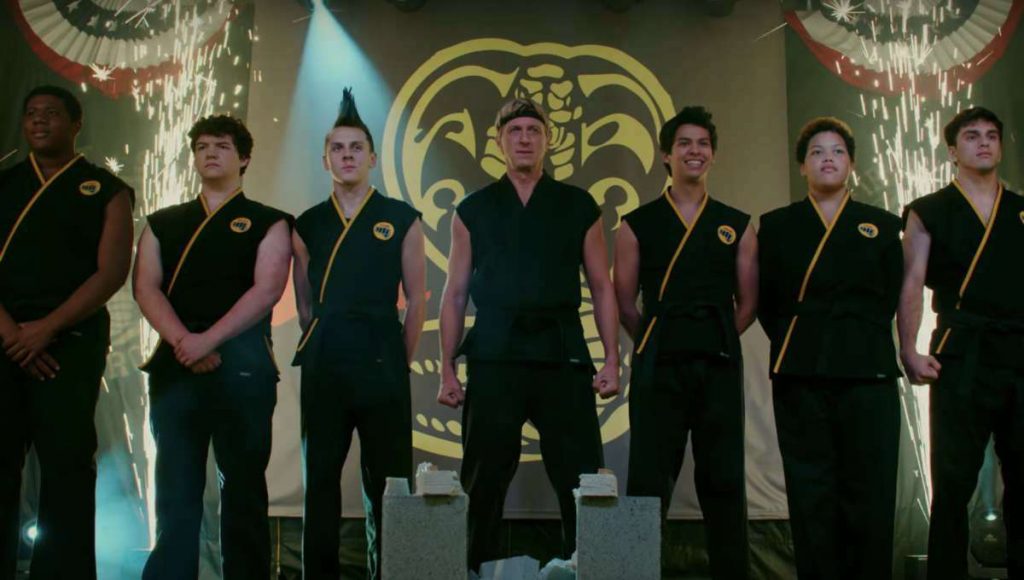 With the second season bombarding us with all of these new and overwhelming details, the fans look forward to some answers through season 3. Netflix had recently dropped the trailer for Season 3 of Cobra Kai, and the fans have gone ballistic, to say the least. The production has wrapped up, and the show is all set to premiere on Netflix on the 8th of January, 2021.

Cobra Kai Season 3: What to expect

In the third season of Cobra Kai, we will see the pre-existing tension between Kreese and Johnny increase as the students might have to pick sides. We will also see Miguel’s storyline witness new developments, with the injury taking a toll on his life and the dojo’s. Another interesting arc to look out for in the aftermath of the fight, especially with regards to Robby. Along with the guilt of causing Miguels’ fall, though unintentional, we can also potentially see what comes off of his relationship with Daniel – seeing that he had been kicked out of the dojo earlier.

The new season will bring in a lot of new arcs that could be beneficial for the show in the long run. A lot of emotional elements are at play, and it would be interesting to see how the makers have incorporated these into the storyline!

Read More: The Undoing Season 2: Is the series Renewed or Canceled?