In 2020, entertainment that showcases supernatural events is not hard to come by. This is, precisely, why works belonging to this genre need to catch the audience’s attention to stand out. With Chilling Adventures of Sabrina, we can say that this feat has been achieved.

Chilling Adventures of Sabrina is a supernatural drama series that initially premiered on the 26th of October 2018. The show is a Netflix original based on the Archie comic book series and is developed by Roberto Aguirre-Sacasa. The cast features Kiernan Shipka, Ross Lynch, Lucy Davis, Chance Perdomo, Michelle Gomez, Jaz Sinclair, and Tati Gabrielle, amongst others.

The show revolves around a young witch called Sabrina Spellman, who is half-witch and half-mortal. The plot deals with everything she has to go through to live this apparent double life while trying to protect her family, friends, and humanity from the evil forces the lurk in the fictional town of Greendale.

Thus far, the audience seems to have established quite a bond with Sabrina and Greendale’s inhabitants. The third season had received an overwhelmingly positive response from the audience, and this has upped the expectations surrounding season 4 a notch. The fact that the new installment will also be the last of the series has molded it into something to look forward to in the days to come. 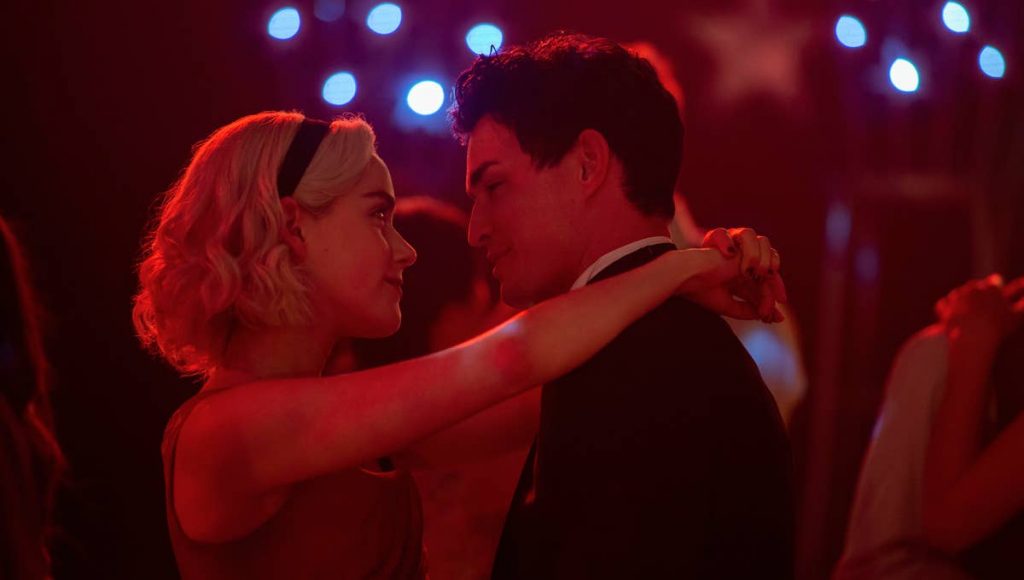 Chilling Adventures of Sabrina Season 4: what will it be about?

The third season saw Sabrina venture into hell, which leads to a confusing new development: we had two Sabrinas, one ruling over the realm of hell and the other returning to Greendale to carry on with her life.

The series has received a somewhat mixed review through the seasons. That being said, it is certainly one of those shows that you get hooked on the moment you begin. Three seasons of the show can be streaming on Netflix as of now, with the fourth season dropping on the streaming platform on the 31st of December 2020.

If what we know is right, the new season will see the arrival of The Eldritch Terrors in Greendale. The terrors (The Weird, The Darkness, The Returned, etc.) are set to wreak havoc on the town, and Sabrina and the coven must give their everything to fight them. Little do they know that while they are at it, all of this will lead them up to The Void, which is the End of All Things. The coven battles evil with the help of The Fright Club. While they are at this, Nick also tries to win Sabrina back in vain.

The reception part 3 received has put considerable pressure on this installment of Chilling Adventures of Sabrina. If the series plans on going off with a bang, the makers must play all their cards in a more honest manner, which seems to work every time around!

To know more about season 4 of Chilling Adventure of Sabrina, watch this space!

Read More: Euphoria Season 2: What to expect from the return of Rue and Jules in the upcoming season?

Watch the exclusive clip below: